Washington County is sometimes referred to as the “Sunrise County” because it includes the eastern most point in the United States, and where many believe the sun first rises on the forty-eight contiguous states.

Named for George Washington, the county encompasses two cities, forty towns, three plantations and two Native American areas. It covers 3,258 square miles (2,563 square miles of land and 695 square miles of water, or 21%). The population is 32, 856 (2010) which works out to about 13 people per square mile.

The population is located, for the most part, along the coast. This makes sense historically because water travel brought settlers to the area in the first place.  Vast natural resources were the attraction and served to support the establishment of many communities. The more interior half of the county is considered Unorganized Territories and holds about 1200 people.

What makes Washington County so special is a question of an entirely different sort and demands a different response. It takes four hours to drive from one end of the county to the other. During that drive the topography changes, reflecting the glacial scouring of 10,000 years ago. Left behind were rock formations, lakes and streams, and wide open expanses to rival the plains. And in that landscape an independent sort live, work and raise their families.

Washington County is a lot of things. It is the most gorgeous, has the deepest cargo port, the longest coastline including the Bold Coast, the highest tides, and produces the most lobster and clam landings. What Washington County does not have is lots of traffic lights (only three in the whole county), an interstate, a Red Lobster Restaurant, or poisonous snakes. 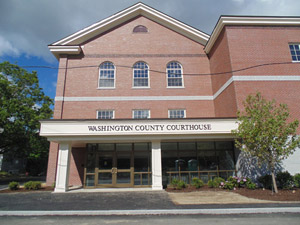 Employment Opportunities
Are you interested in a career with Washington County?

Read What Our Visitors Are Saying!

Beautiful Coastal Maine area This is a magical area of Maine with few tourists. Lovely for painters, writers, hikers and those who enjoy quiet time.
Laura PArizona
This town is the most beautiful naturally int he entire USA. I have visited 48 states and the nature, the rocky coast is exquisite . Hands down the most beautiful place int he States. The ocean is crashing against rocky cliffs-it is sublime.
colonial23County Galway, Ireland
I love the people and have spent summers in E Machias for 15 years.
Maria Luise